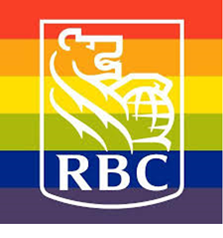 This year marked a special anniversary for the Out on Bay Street Organization which helps to facilitate the professional development of Lesbian, Gay, Bisexual, Transgender, Queer & Ally (LGBTQA+) students as they transition from school to career in order to build a national network within the LGBTQA+ community.* This year’s theme was #StartingOut and for RBC we were PROUD to be part of the entire event where it all started 10 years ago at the Rotman School of Management/ University of Toronto.

I want to give a “shout-out” to the team of from the Out on Bay Street for organizing a fabulous event and for connecting so many employers, like RBC, to the LGBTQA+ students across Canada. A special thank you to Albert Lam, Marshall Peacock, and Stefan Palios as an event like this takes so much planning and time and the execution was flawless! 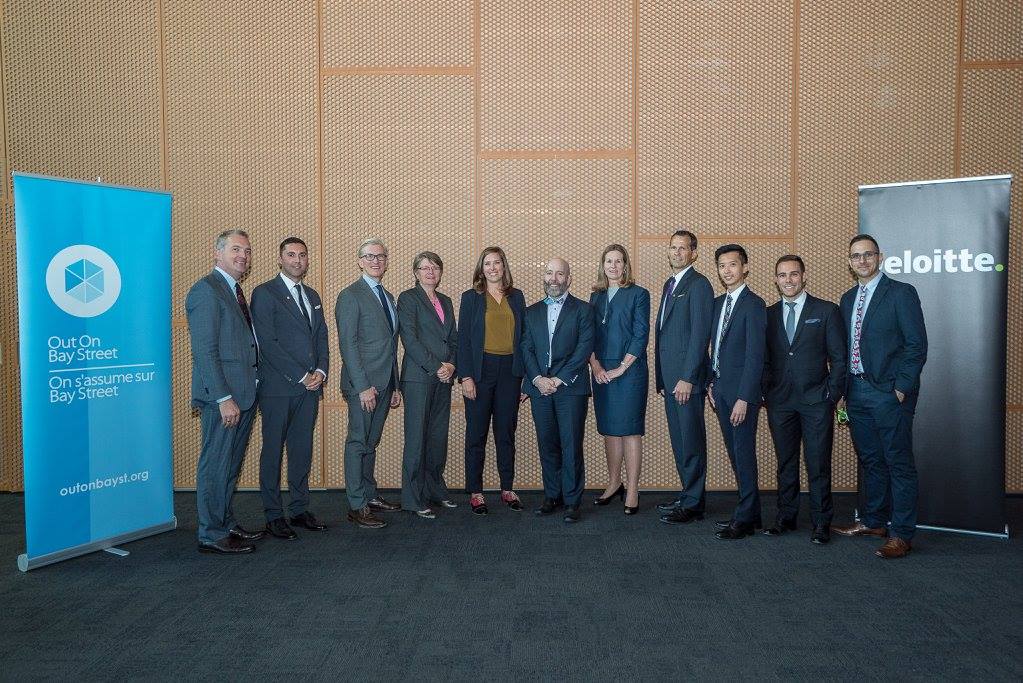 Leaders To Be Proud Of Awards

Leaders To Be Proud Of Awards

Recognizing exemplary achievement and community service within our community helps to provide LGBTQA+ students and young professionals with examples to emulate and aspire to.  Sharing the experiences of these individuals helps our community to celebrate Canada’s progress in recognizing LGBTQ+ value to the professional community and society. 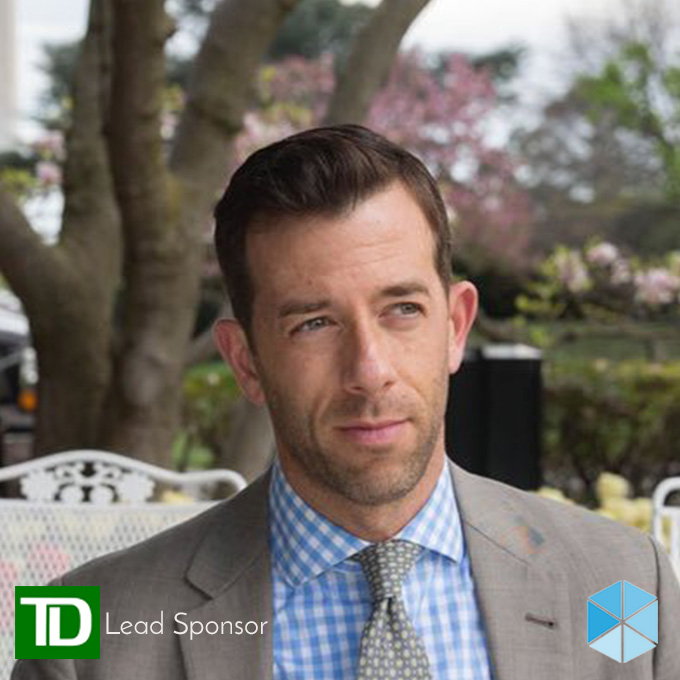 What the Press has Said About Our Third Keynote

Outside the Oval Office is a small rectangular room with two side-by-side, nondescript wooden desks. In one sits President Obama’s personal secretary. In the other is Brian Mosteller, the man who sweats the small stuff so that the president doesn’t have to.

Few have even heard of Mosteller, but if you look closely at photographs taken inside the White House, you can often glimpse him at the edge of the frame, omnipresent. From his chair, he is the only person in the White House with a direct view of the president at his desk. No one gets in the Oval Office without going past him.

Mosteller’s official title is director of Oval Office operations, although a more apt name might be anticipator in chief. When Obama is in Washington, every move the president makes, every person he meets and every meeting he attends has been carefully orchestrated by Mosteller.

Obama’s legacy will be much greater than it now appears

He knows where Obama likes his water glass placed on the table at meetings and whom he’d want to sit beside. He knows how he prefers the height of a lectern. He researches a head of state’s favorite drink so that the president can offer it. He readies Obama’s remarks and sets them, open to the first page, wherever the president will be speaking. He tells Obama when a sock is bunched at his ankle or his shirt is wrinkled, before an interview.

The president returned to Illinois last week to commemorate nine years since he announced his long-shot bid for the White House, a history-making moment of proportions few could have known then. There remain just a few people who were there in those early days.

Unlike some staffers close to the president who have enjoyed their own moments in the limelight, Mosteller, who first met Obama in Chicago after his famous speech in Springfield, Ill., to start his campaign, has intentionally stayed in the background.

Admiring colleagues refer to him as an unsung hero of the administration — the man behind the man, without whom Obama arguably would not have such a universal reputation for cool.

The low profile suits Mosteller — he needs to stay focused. The entire West Wing relies on him, and no one more than the president.

Mosteller “knows the president very well. He pays attention to everything,” said Valerie Jarrett, the president’s longtime senior adviser. “The president knows how much Brian cares about him and that it isn’t ‘I care about you from afar,’ it’s ‘I’m going to ensure the nitty-gritty details of your life from large to small are attended to.’ The president trusts him completely.”

A fascination with logistics

Mosteller brings out the president’s speech before the start of a news conference in the East Room of the White House in 2010. (AP Photo/Susan Walsh)

Disarmingly humble, Mosteller, 40, never had much interest in politics as a blood sport. Instead, as a little boy, he would watch, captivated, as President Ronald Reagan would stride up the red carpet to the podium in the East Hall to address the nation. Who is cuing the president as he speaks, he recalls wondering. What work happened behind the scenes to prepare for such an important event?

“It was something that transcended Akron, Ohio, or my small neighborhood,” he said of his fascination with protocol. The possibility of playing a behind-the-scenes role like that “was bigger than me and had the ability to affect something bigger than me.”

In college, Mosteller applied for a summer internship in the Clinton White House. He got a slot working with the advance team and ended up staying for the final two years of the administration.

He completed his last college credits remotely as he staffed the president and the first lady for domestic and international trips. He loved the exposure to the world, but he didn’t want a career in politics. He turned down a job working on Al Gore’s campaign and moved west to help prepare Salt Lake City for the 2002 Olympics.

After several years of doing logistical planning around the world for the Olympics, Mosteller settled down in Chicago in 2007. He bought a home. He was ready to put down roots.

It’s official. The walls have been painted, the boxes unpacked – we’ve moved into a digital age. Does that mean that we’ve also moved past the resume and onto the Linkedin profile? In part, yes. Your potential employer will certainly check you out online and cross reference what you publish with what you print. They will also expect you to present a crisp resume in a neat folder on which they can take notes during your interview.

Considering how important resumes continue to be, I suggest  you take a preventative approach and make sure that your resume is on point at the time of submission. It’s likely that your potential employer has not met you yet, so their impression of you starts to form through reading your resume. Below are 6 tips to keep in mind this recruitment cycle that will help you help your interviewer form the right image about you.

Need we say more? Perhaps, though we shouldn’t have to. We live in an age where online, free services are accessible to anyone with a computer or a library card. These mistakes are avoidable and indicate to your interviewer that you don’t really care about the application. Which isn’t true. Arguably, it is hard to catch your own mistakes, especially after having reviewed your resume for the zillionth time. Reach out to a friend or attend our Pre-Conference Workshop for some extra help.

“Well, duh.” You might be thinking, and you’re right: this does seem obvious. We aren’t talking about including wild stories of fabricated world travel and the four languages you don’t speak  (though you shouldn’t include those points if they’re not true either). We’re talking about that 3.0 GPA that’s actually a 2.8 or a job title that doesn’t quite match the description.

Little mistakes like that are the best way to show your employer that you are not detail oriented. Luckily, this mistake is easy to mitigate. Read, edit and repeat.

Not using keywords that are found in the job description.

A lot of the time a hiring manager or recruiter has dedicated a time block for reading resumes. This means that yours could be the 1st, or the 251st resume under review. At this point your resume is getting a scan, at best, until it truly catches the viewer’s eye.

Looking at the “requirements” or “qualifications” section of the job description you’re applying for and other similar ones will give you a good place to start. The jargon that’s repeated is the jargon you should use and use often (so long as it’s grammatically correct). Be wary of just copy and pasting from the job descriptions as well – it will be noticed and could undermine the hard work you’ve actually done. The same should stand for your cover letter, though, that’s a topic for another article.

Actually, writing things that don’t relate to the job in general is a bad idea.

Yes, this does mean that you’re likely going to be writing unique resumes for each job you’d like to apply to. We never said that recruiting was easy, but the hard work pays off. Hiring managers and recruiters have likely been hiring for a long while and can spot a clone from a mile away. Recycling a resume used for one job might also mean keeping information in it that is not relevant to another job.

There is a fine line between too much information and not enough. While there is no universal definition of where this line in, here are some things to keep these things in mind and you should be all right:

Getting out of hand with formatting.

Simply put, a flashy resume get’s you the wrong kind of attention. It takes away from the content and make it seem like you’re overcompensating. If you are overcompensating, the hiring manager or recruiter will catch on soon enough and your efforts will be for naught. There are ways to beef up your resume like participating in competitions (like our Case or Moot Competitions), volunteering outside of work (OOBS recruitment opens this September!) or taking job-specific training or workshops. Basically, if you’re not there yet, you can be. Even if you’re applying for a marketing or media role, it’s good to err on the side of caution while keeping in mind your audience. The manager will request to see your portfolio anyways meaning your creative mind will have a place to shine.

These are just a few tips and tricks from a former recruiter, a Out On Bay Street volunteer and a successful hire from the conference. Though, there is so much more to learn! Those that bought tickets prior to August 1st are welcome to do so at our Pre-Conference Workshop taking place on Saturday August 19th.